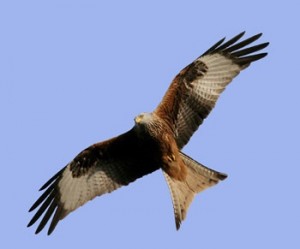 There were definitely signs, blue skies , snowdrops , spring was on the way .
5 Knights headed out full of adventure – Heather, Sharrin, Ray ,Stephen G & Jim S
Original plans took them to Allerthorpe but like all best plans they were designed to change.
Twitter had announced a new cafe in Market Weighton so all felt obliged to try it out ( nice cakes!!)

Heading up to the top of Nurnburnholme thoughts turned to the amazing wildlife and the majestic birds soaring in the blue sky ( where were you Mike ) . Wikipedia confined they were kites – gorgeous.

Heading downhill to North dalton was a blast to make up for the hard drag along the Hudson way into the wind .
Communications were lost after North Dalton when Sharrin got stuck at a junction and a gap appeared. The result meant she and Ray got separated from the group – the search for them invoked a call to Neil at work to ring Sharrin !!!
Once everyone was happy everyone was safe Neil got back to work and everyone else got back to enjoying the ride home