Six Knights, all booted and spurred, met at the earlier time of 0830 for a longer journey to Spurn Discovery Centre. Just in case the planned 100 miles was not enough, Mark decided to add a further 35 miles by cycling to and from home. Chapeau 🎩

The roads were still quiet at that time on a Sunday morning making it a breeze through town to Weel Bridge, Tickton and Routh. From there we turned south to Meaux and on to Skirlaugh. Considering that the ride was around 100 miles, the pace was quite high, especially when the main protagonists, Markus Vingegaard, Wout van Powers, Michael Pogacar, Matteo Ganna hit the front.

From Skirlaugh our route took us via Rise to New Ellerby. When we stopped briefly at a junction leading to New Ellerby Pugwash Voight took the opportunity to snack on an energy bar and in the process lost the back wheel of the group as Pogacar decided to attack up Lambwath Hill. Trying to chew a mouthful of energy bar while sprinting uphill to catch up is not recommended. Next up was Marton then on past Burton Constable. I couldn’t help thinking that this would often be our cafe stop. “How far have we to go?”

At Humbleton we turned onto pastures new for most of us, heading through Danthorpe, Owstwick and Rimswell eventually closing in on Withernsea. We knew we were getting close when a voice cried out “I can see the lighthouse!”

After a short refreshment stop, we were back in the saddle. Immediately, Pogacar went on the attack. “Has he got his live Strava segments on?” enquired Pugwash. “No he’s only racing ahead to get some photos”.

Leaving Withernsea we followed the coastal road through Holmpton and Out Newton into Easington and the final few miles past the eastern most village in Yorkshire at Kilnsea taking us to the Spurn Discovery Centre.

After a lovely lunch, it was time for the return journey. First passing back through Kilnsea and Easington we then took the Hull road through Skeffling and Welwick to Patrington. Turning towards Patrington Haven we faced various head and cross winds as we wound our way around the quiet roads of Sunk Island.

At Stone Creek we pulled over briefly to allow a car to pass. Mark took the opportunity to reapply some lube to his nether regions. As he rubbed away vigorously a blissful look appeared on his face. “Ah that’s better” he said “Anyone else want some?” obviously wishing others to share in this enjoyment. His offer was met by numerous “No thanks Mark” but in a final attempt at encouragement he added “You can apply it yourself!”

At this point in the ride we were actually closer to Immingham than Hull. The former we could see the cranes of Immingham Bulk Terminal across the river Humber. Starting off again Pugwash Voight took the lead with the wind now behind helping us all the way to Thorngumbald.

Shortly after passing Burstwick Sharrina Vos was feeling a little let down in the tyre department. Soigneur! S’il vous plais. Team Powers got set to change the inner tube. It didn’t quite go to F1 precision. When it came time for inflation a loud pssst was heard by the onlookers as the co2 cartridge lost its charge into the ether. Oh dear, more global warming. 😂

Our next stop was at Sproatley where we called into the local Post Office shop to top up with supplies before the final leg home. Taking the Park Road behind Burton Constable we were back on familiar roads to Coniston and Swine. On reaching the end of Beningholme Lane we turned south towards Wawne eventually passing through Kingswood to Dunswell. After taking a loop around Thearne we returned to Beverley via Long Lane.

The 17th April marked the first away day for the Beverley Knights Cycling Club. The chosen destination was Spurn Point with a wonderfully flat 82 mile loop. The weather gods gave us their blessing and although it was chilly the sun was shining with hardly a cloud in site!

As is customary with Sunday Club Rides we met at 9am (slightly earlier than normal time 9.30am) at the market cross in Beverley Town Centre. A group of 10 rolled into town centre ready for a day of riding. Usual club rules applied ‘twenties (mph) plenty’ and off we went.’Hang on! Wheres Mike?’ A quick detour to pick up a sleepy Mike from his house who thought the usual time of 9.30am applied (we’ve all been there).

Heading out the back towards the village of Tickton it felt great to be back on the away days after a long cold winter, you could almost get a sniff of summer coming! Despite the use of GPS the good trusty map was called in to action somewhere just outside of Sproatley. Thanks to James & Neil for planning the route, the effort that goes in to planning the rides is often underestimated so thanks to all involved week in week out. A quick check from navigator Neil and we were back rolling along in the sun .

As we rolled in to Spurn a welcome site of the Crown & Anchor pub awaited us. When we pulled in to the car park – disaster! A closed sign on the door. We faced the option of waiting half an hour or finding a cafe, luckily the Spurn Yorkshire Wildlife Trust Cafe came to the rescue with the recognisable face of my old school teacher running the Cafe (many hours spent in detention so kept my head down and got my coffee order in). Some top grub, good coffee and highly recommended.

For the CX riders amongst us an attempt was made to ride to the end of Spurn Point itself however the water and sand was not a combination to be messed with so that attempt unfortunately was unsuccessful. Another group photo and we were on our way.

The way pack was tough in places and at times pacey (apologies on behalf of myself and Stephen O) with a severe head wind and some busy main roads to navigate we managed to regroup nearer to Leven and roll back to Tickton. All in all a fantastic ride out and look forward to many more this year.

Some photos of the day are attached. Look closely at the water behind in a couple of the pictures and see if you can spot a spooky cloaked lady….. 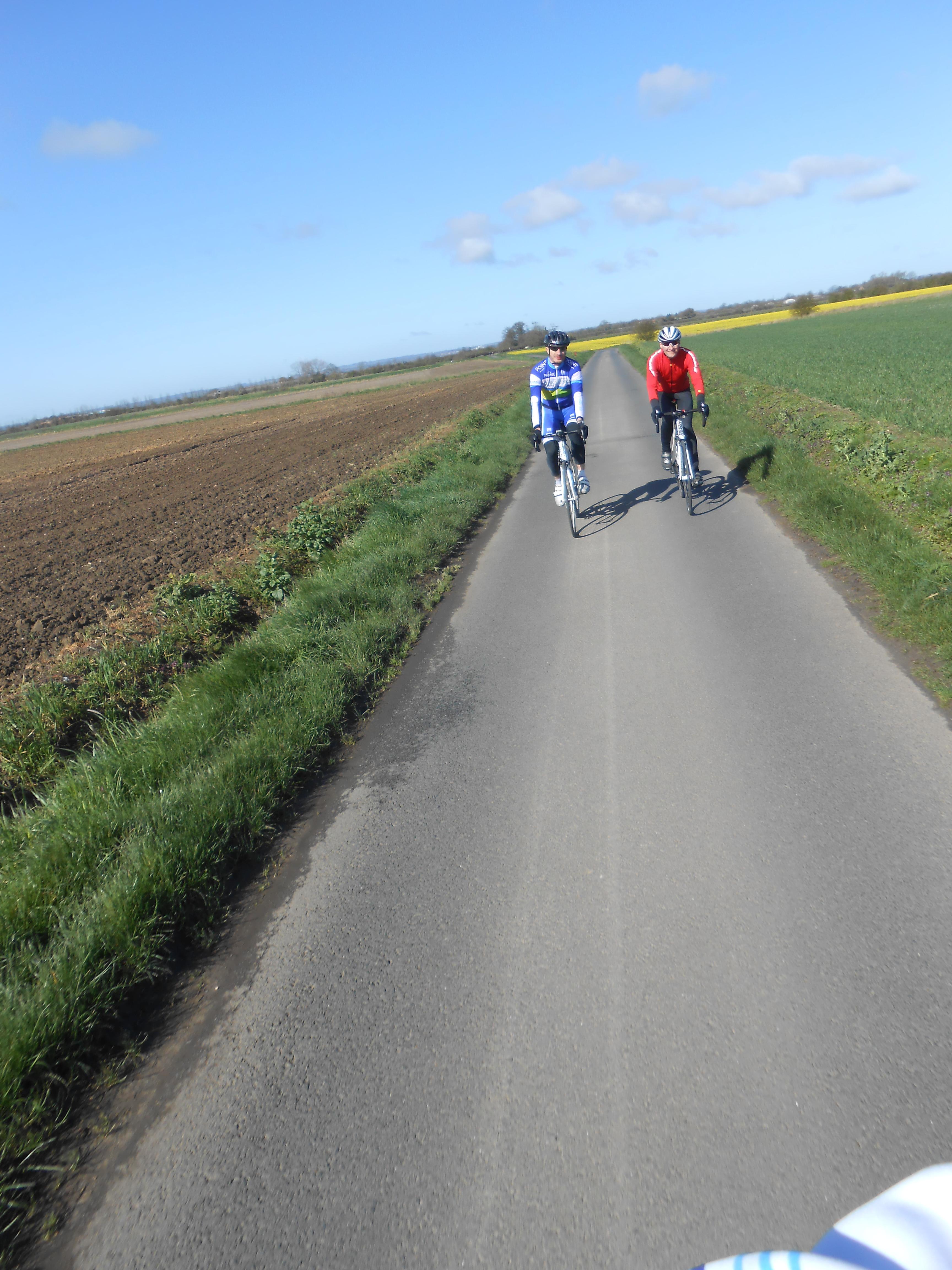 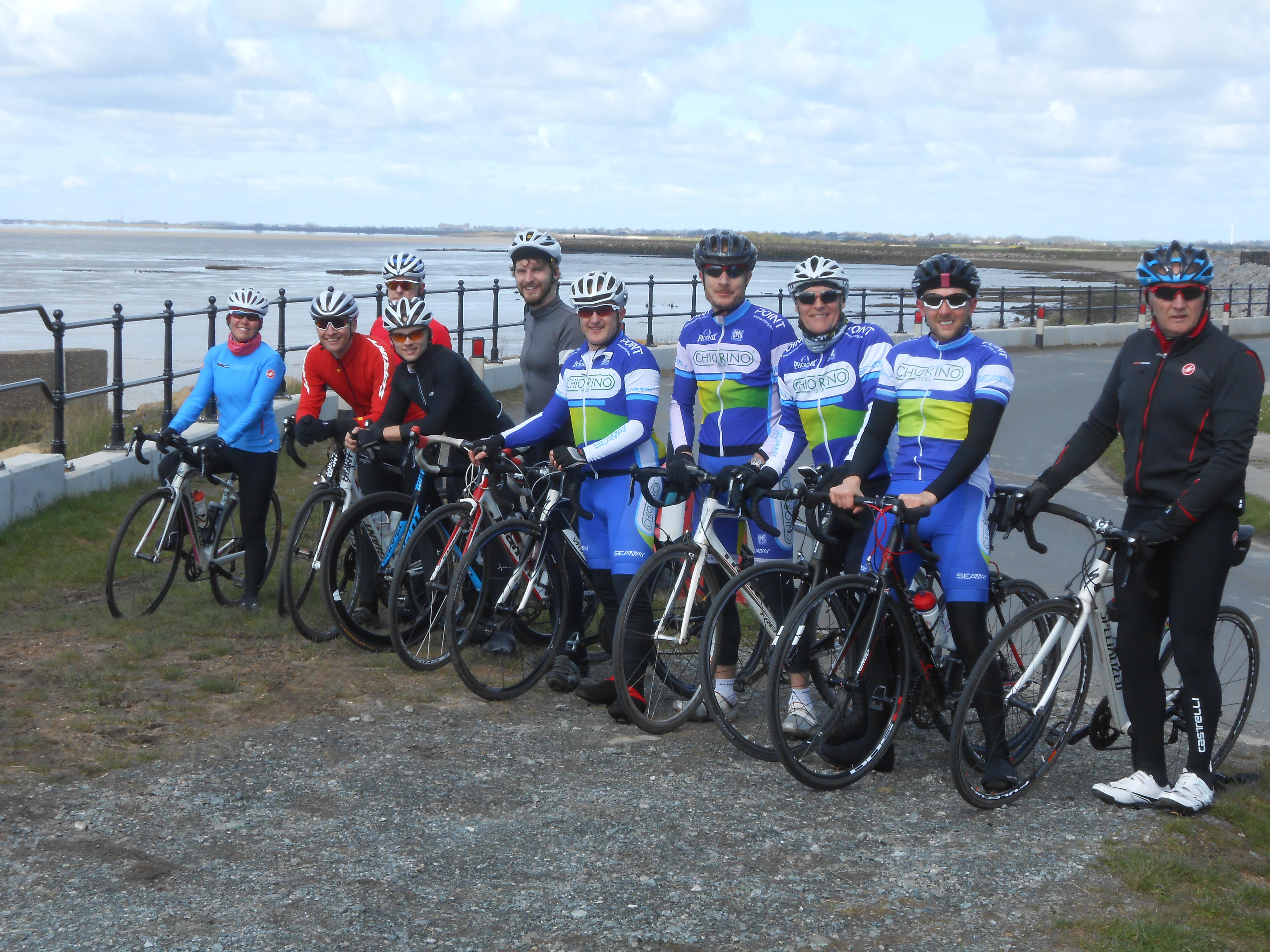 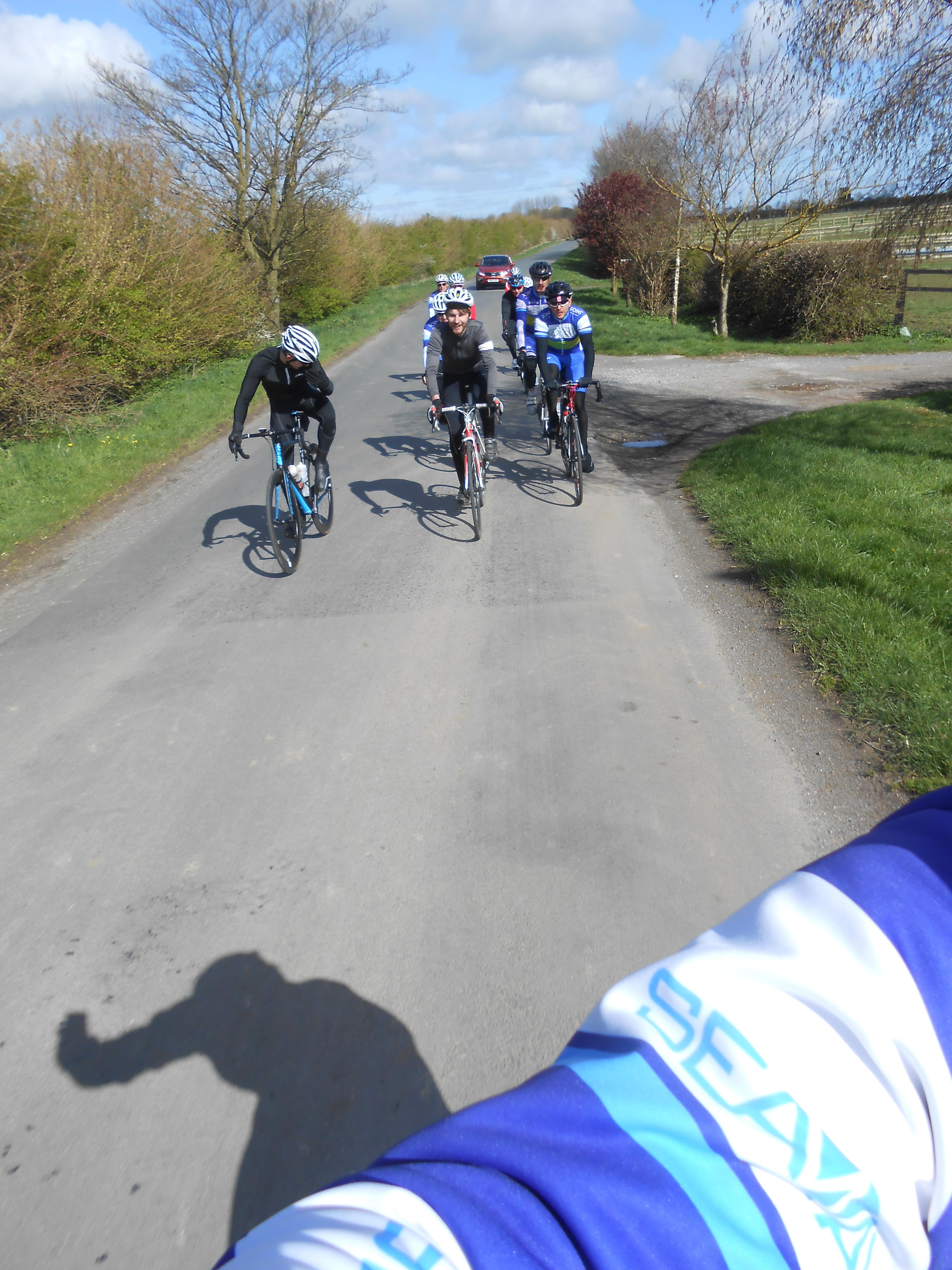 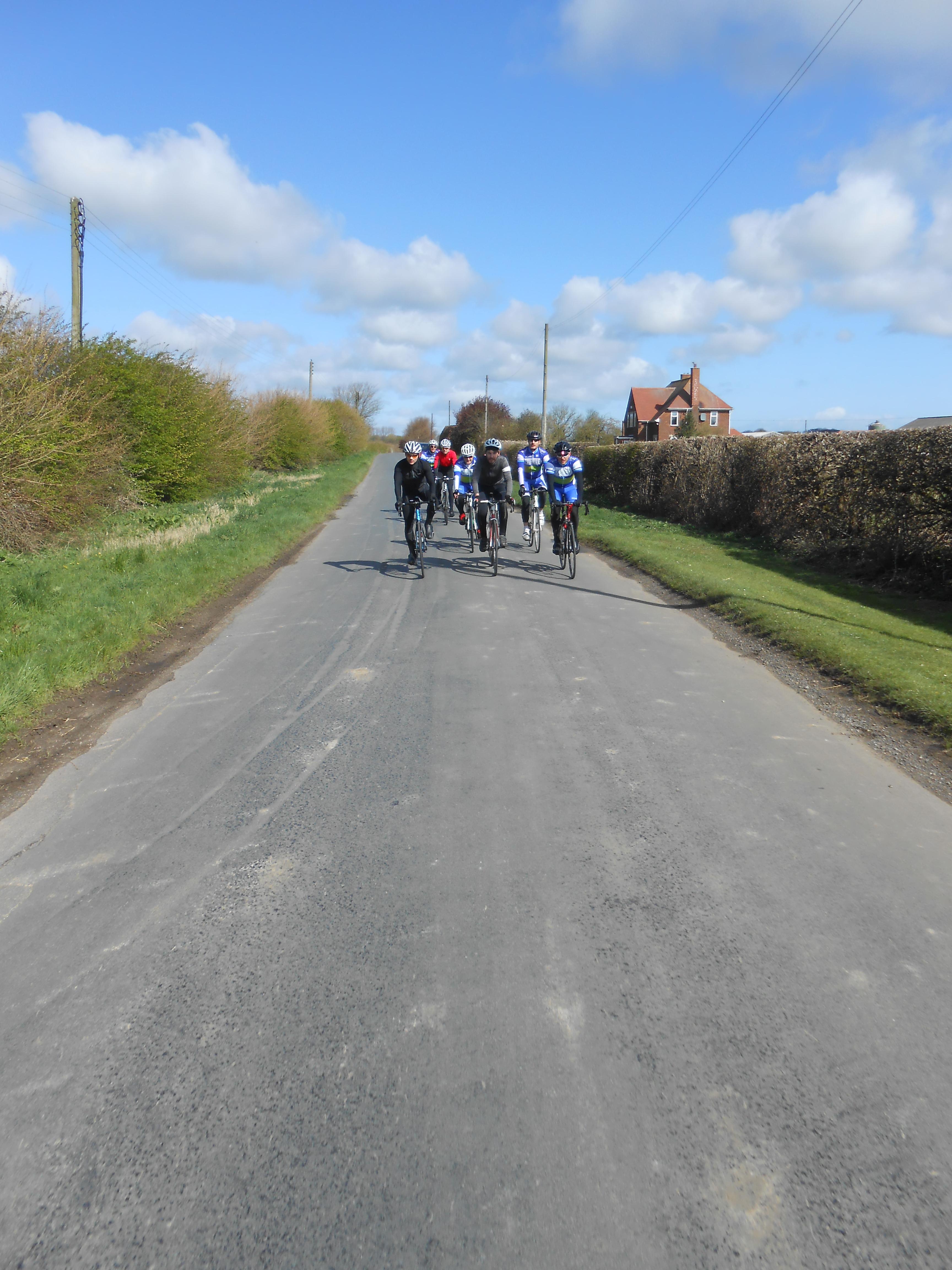 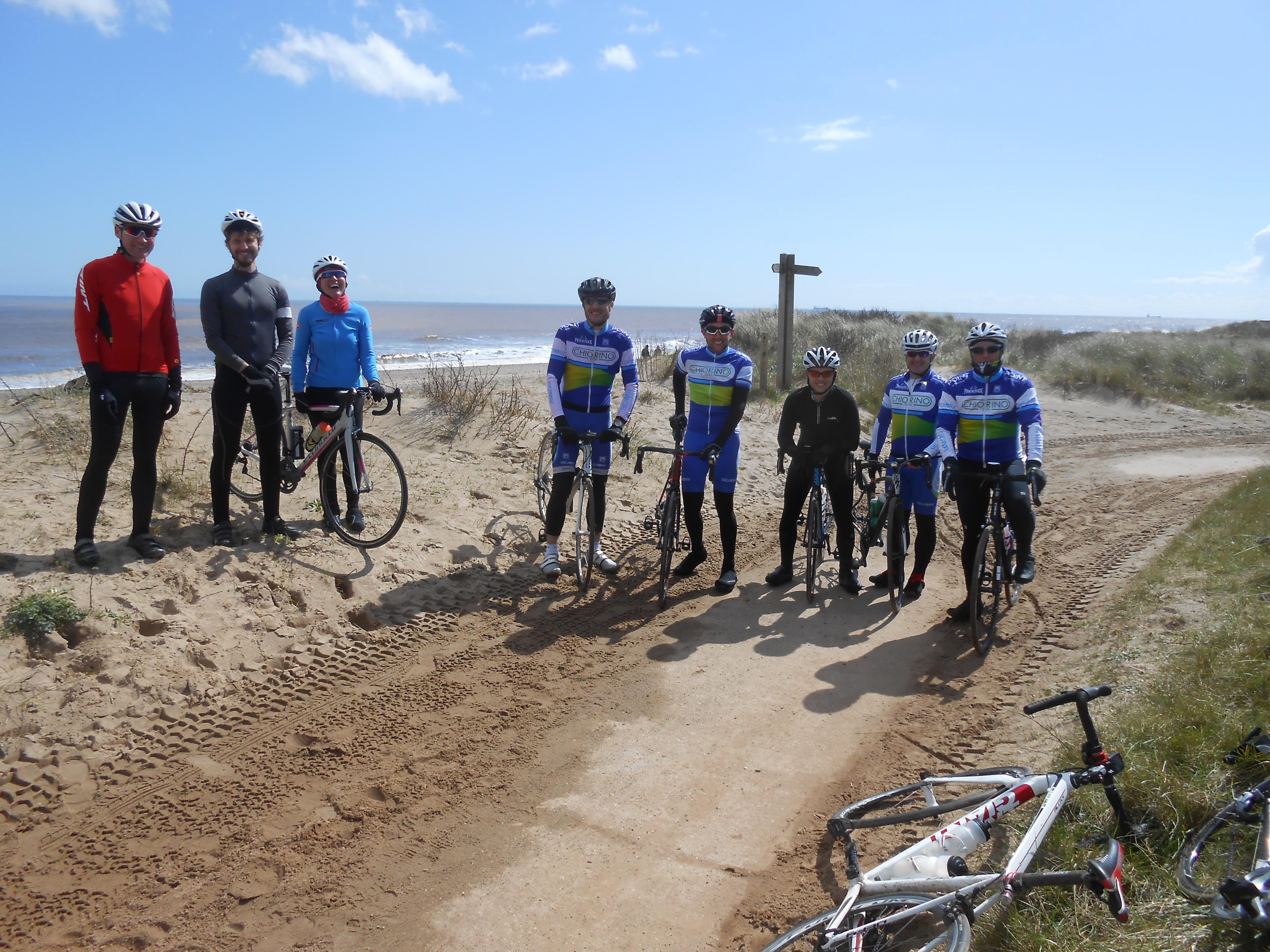 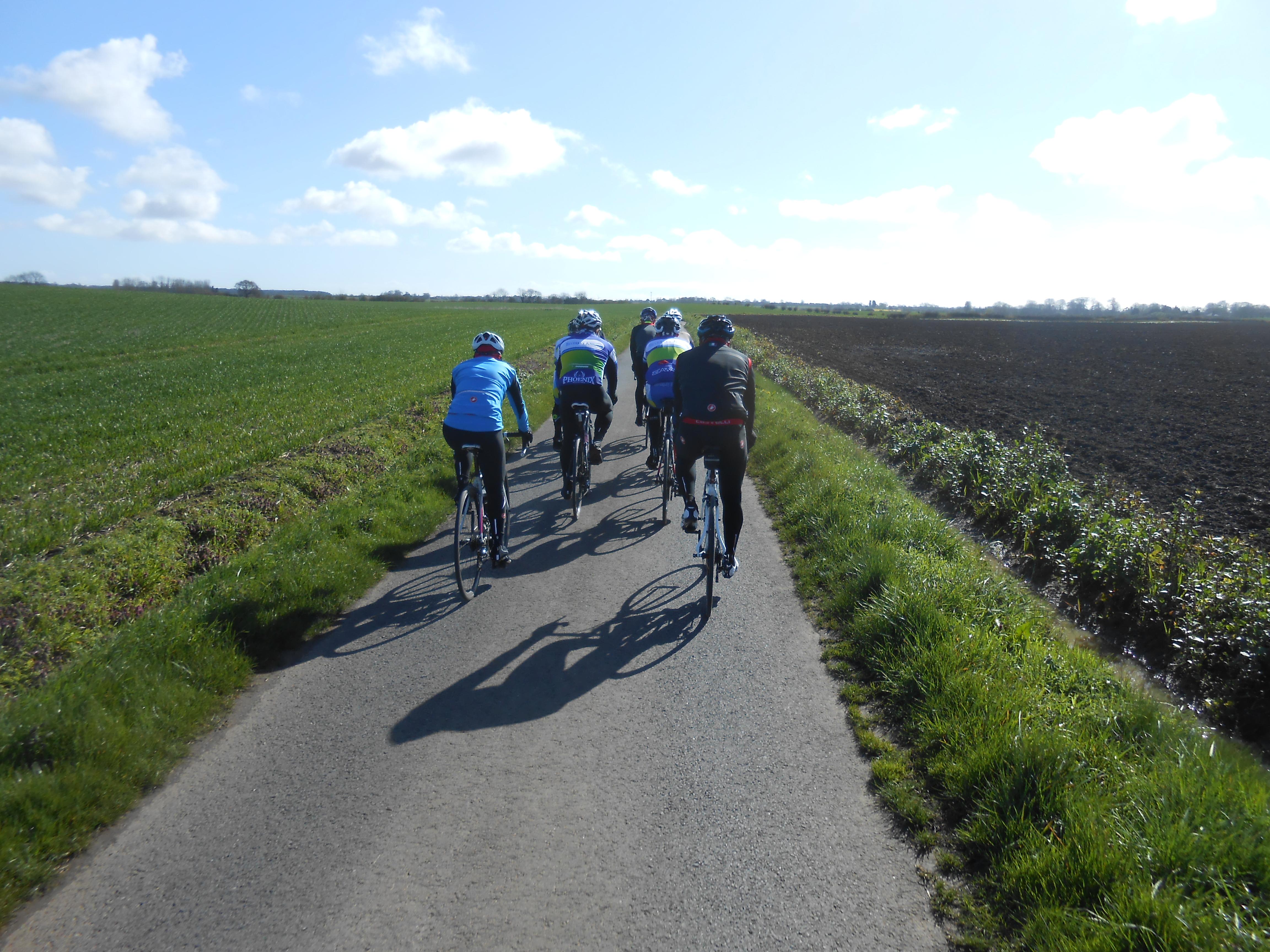