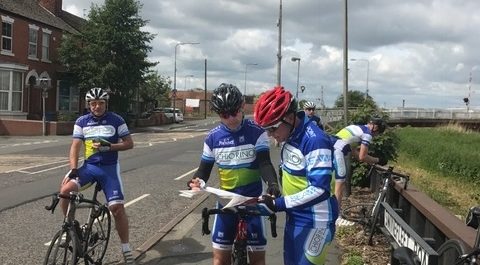 A group of 12 eager Knights meet at an earlier time of 9am as a good day of cycling was planned.
A tour of the Humber area finishing with a ride home over the Humber Bridge was in store and the weather was being kind apart from a head wind at some points on the way out.
The route started on familiar roads on the way out towards North Cave and then, remembering to turn off before the M62, we headed down towards Faxfleet . From there it was west along the River Humber to reach Howden and then over the Boothferry bridge. Bridges were to feature high on this ride.
On route now to the port of Goole where James very kindly had a puncture next to a Co-op kiosk. Not only did it provide an impromptu snack stop it also meant the ladies of the group could use the slightly tilted port-a-loo – hang on tight!
Whilst waiting for the puncture to be replaced we spotted 2 more Knights on tour, with Martin and Louise doing the route in the opposite direction and who had started earlier in the day. After a catch up and some snacks we all went on our way with the main group now heading East, back along the opposite shore of the Humber and then turning south at the RSPB reserve.
A chain then started to take us all South, along the River Trent, and into the wind , with the stronger riders of the group taking it in turn to pull us along in search of Keadby bridge. Once across we could head North with the wind on our backs –looking for the café at Alkborough. After 95k the expectation of a cup of tea and a bacon sandwich was high.
It was a sunny outside café stop and lots of hungry Knights tucked in – not sure if Neil has forgiven Heather yet for eating half his nectarine cake!
Refuelled and refreshed we set off home- those who had done the route before however knew the next section was hillier and it certainly could be felt with 100km in our legs. At some points going through South Ferriby I’m sure someone kept moving the Humber Bridge.
It was a good to see the iconic bridge and even more fun riding over it- I’m sure it was a great sight for those walking over the bridge and quite exciting for some of the younger children to see the “Peleton” cross.
It was then back on to more familiar roads with a fly past Vive le Velo for Steve G and a climb out of North Ferriby to Swanland, Raywell and Skidby.
A quick run up the cycle path brought us all back to the beginning with a very respectable 140km ride in the bag …. Now for the next away day! 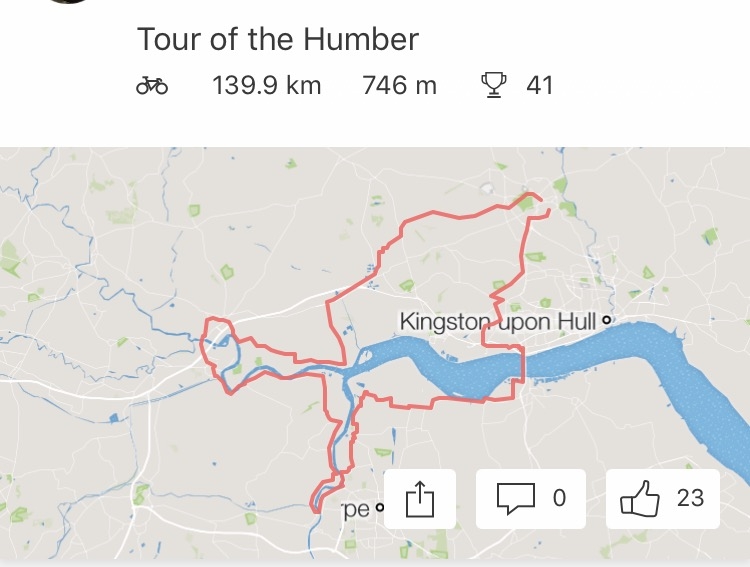 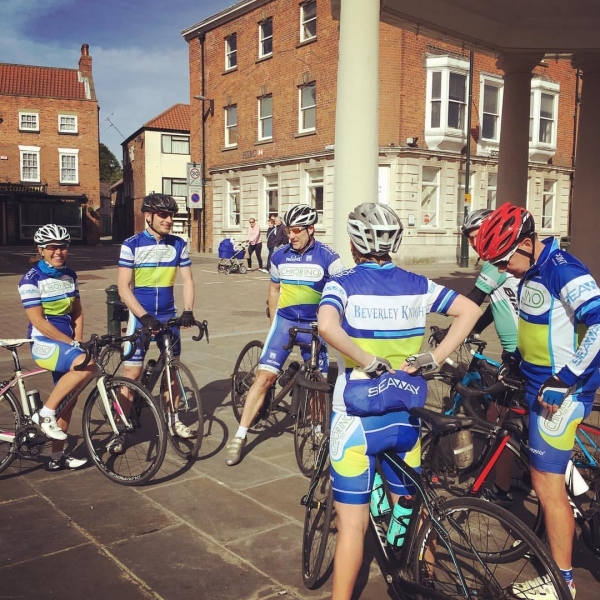 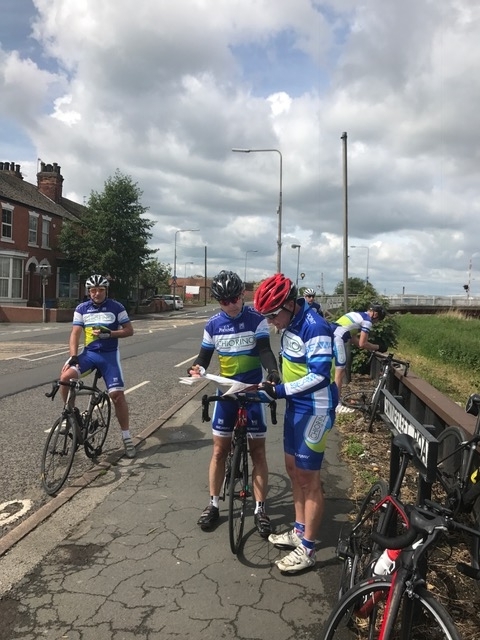 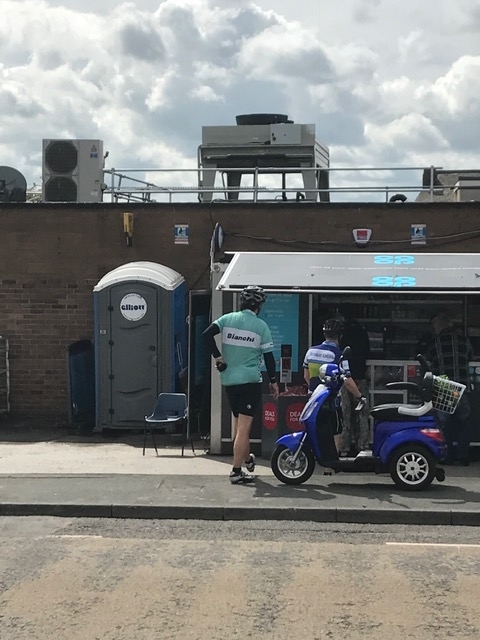 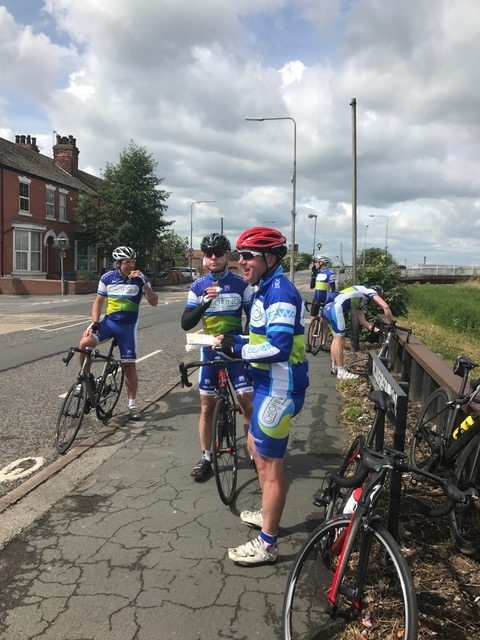 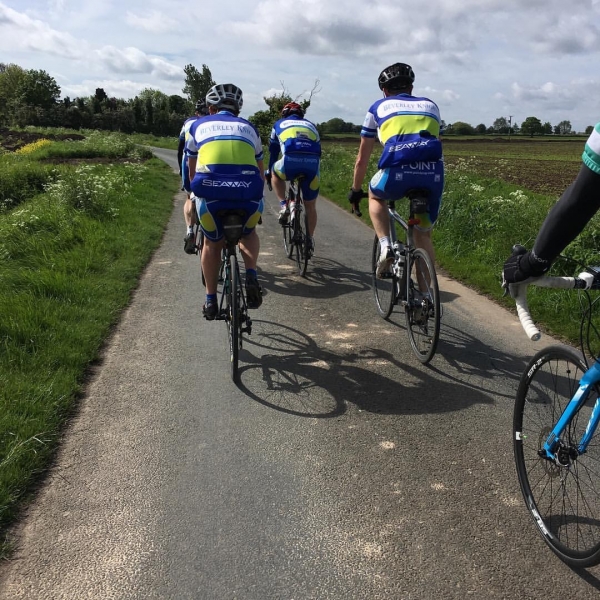 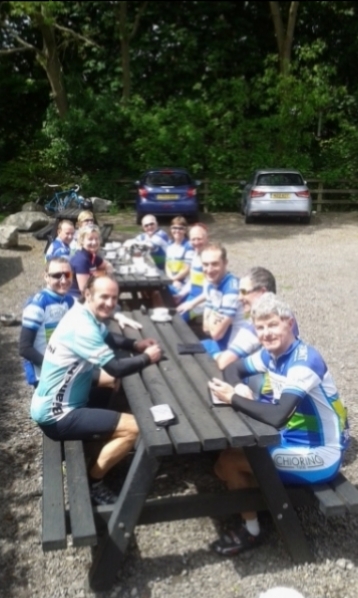 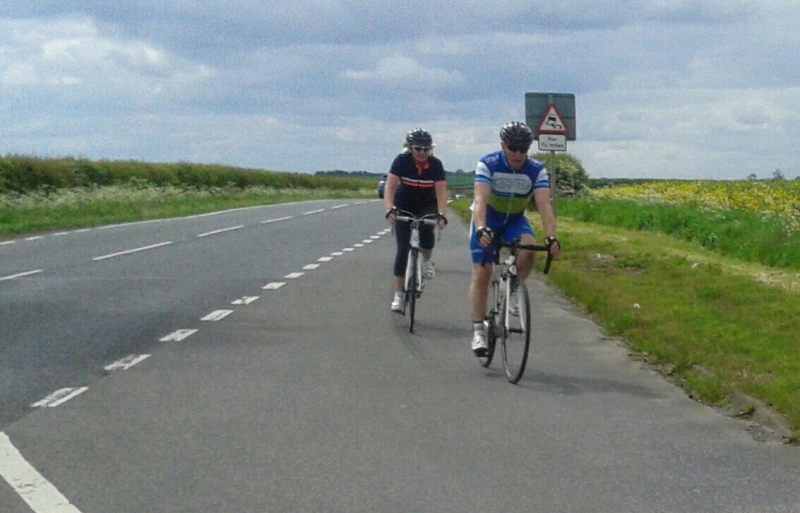