Following a successful Knights Summer barbecue, a huge turn out was not expected, however despite lack of sleep and feeling a little worse for wear, some managed to force themselves, not only to turn out but add an additional 20 miles before the start. That’s one way to clear the cobwebs. No doubt the ZZZZZZs will be very big in those households this afternoon.

Suggested café stop for the day was Rambler’s Rest at Millington. Seven knights plus two honorary knights of the Chopper Wilson clan set off over the Westwood on the Newbald road. At the first hill, Jenny realised she hadn’t weighed anchor and was trying to huff and puff her way with rear brake binding on the rim. A quick stop soon sorted the problem. Once all together again at Manor House, it was off to Cherry Burton and Etton. Colin and Mark were the early pace setters as we headed to Holme-on-the-Wolds and then Pugwash, Stephen and Mark to Middleton. 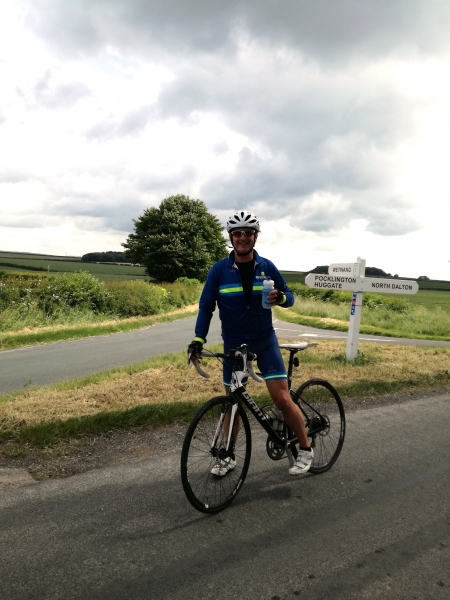 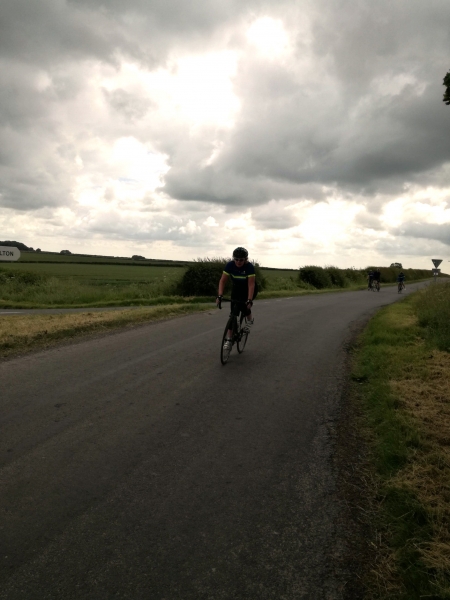 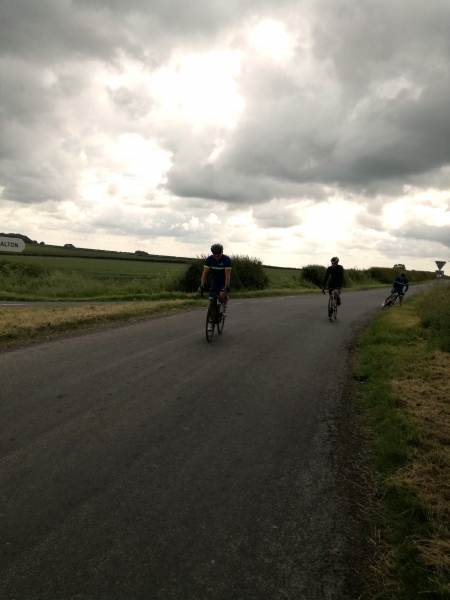 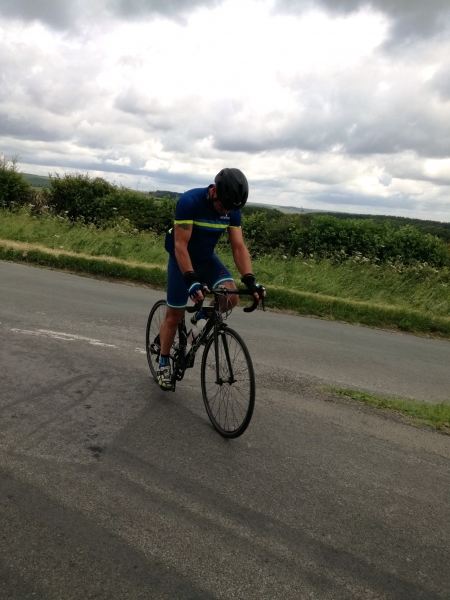 Once onto the climb to North Dalton, it was time to spin or grind our way along. Colin took grinding to a new level, maintaining his highest gear all the way to Huggate. Sterling effort. With a head wind along Millington Dale, there was no suggestion of the freewheel challenge this time, so Andy’s effort of the previous ride still stands. A final climb around the switchback at Millington wood then it was a swift ride into the café for a well earned refreshment.

During our respite, it was clear from some that a flatter route home would be preferable, so we headed to Pocklington and Allerthorpe bound for South Newbald along the Cliffe road. With constantly alternating lead man the pace remained high. Turning onto the Common hill ramp, it was time for the wind to help us on the way through Hotham and Newbald. With half of the group already having over 60 miles in the legs there was no appetite for Trundlegate so it was off for the “easy hill” out of Newbald. On the way up the hill, a small squeaking noise gave warning to Stephen that Pugwash was slowly creeping up behind him. I’ll need to adjust my foot position next time to prevent the shoe rubbing on the pedal if I’m to get into stealth mode.

At the next little hump, it was Stephen’s turn to return the favour, where he must have got a rush of blood to the head to fire the afterburners and zoom past Pugwash in a blur of blue like a kingfisher darting for it’s prey. By that stage, Mark and Colin had disappeared over the horizon to make sure they returned in time for father’s day assignations, leaving the rest of the group to saunter back home.