You are here: Home / Rides / Hail! to the Howardian Hills

With the Sportive season well under way, what better chance to get some training in than a Beverley Knights jolly outing to the Howardian Hills? A chance to do some serious hill climbing with a view to the Tour De Yorkshire, the ride was set to provide a perfect reconnaissance ride for two weeks time.

Eleven of the Knights woke early on Sunday morning (19/4/15) to meet in Hovingham at 9.30am. As the cars pulled up we were not greeted with the humble Yorkshire nature, instead Nora Batty was hanging out of the window telling us to meet somewhere else and not use the public road to park on. I can only imagine we interrupted absolutely nothing at all which was enough reason for Nora to get out of bed and give us a stern mouthful. Nevertheless more cars turned up and parked responsibly whilst unloading the bikes ready for the day ahead.

First point of call was to discuss the route for the day, much to Nora’s disliking, we congregated around Andy’s car bonnet looking over a map of the area. The route was decided as follows: Hovingham, Coulton, Gilling East, Oswaldkirk, Ampleforth, Yearsley, Brandsby, Stillington, Sutton-on-the-forest, Sherriff Hutton, then the 35% (honest) Bulmer Bank, Castle Howard, Slingsby, Helmsley and a quick sunny ride back to Hovingham. With all in agreement we set off for the day with fresh legs and anticipation.

Right from the off the landscape provided tough terrain. At any moment you could turn a corner and the road would ramp up and really test the legs. The first real test was a climb up out of Yearsley with fantastic views across to Hogwarts (Ampleforth College) and the surrounding landscape. Followed by a steady paced ride to Sherrif Hutton to scout a cafe stop. Although the cafe in Sherrif Hutton seemed to welcome cyclists, it was closed, so we carried on towards Castle Howard with what was described as a ‘slight hill up to Bulmer’ before we got there.

This slight hill turned out to be as challenging as what I can only imagine tackling the Passo Dello Stelvio feels like, incredibly tough, but the effort was rewarded as we rolled up to Castle Howard taking in the beautiful settings of the grounds passing through the many gate houses through the estate to get to the Arboretum Cafe. We were provided with welcoming service, fantastic food and even the sun made an appearance too.

The second half of the ride took the Knights North to Helmsley and the sun continued to shine, with another quick stop at the tower (Knights in the Tower, get it?) the ride back down to Hovingham was absolutely delightful. The ride covered 54 miles with a total elevation of just under 3,400ft. With summer fast approaching the excitement builds for more sun, miles and smiles to come! 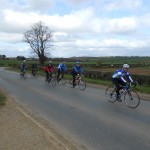 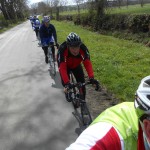 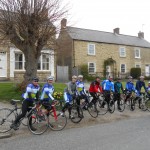 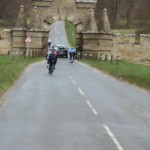 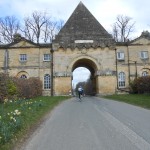 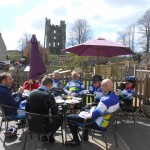 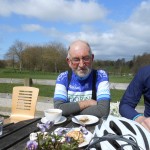 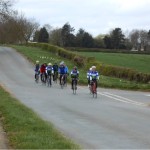 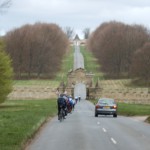 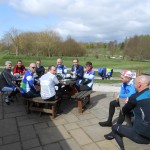 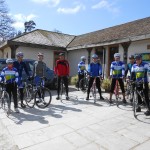 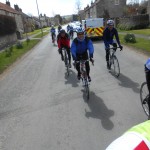