Following instructions from the Admiral to seek out new spicy routes in the west, the fleet set sail and “hove to” in the exotic port of Hovingham. Once all vessels were gathered, the route for todays recce was revealed by Supernumerary Steve. Heading out towards Slingsby, the Admiral took the name literally and slung his toys out of the pram, leaving his precious Garmin strewn on the road. Fortunately no damage was done and his navigation instrument spent the rest of the voyage securely in his back pocket.

Sailing north from Slingsby to East Ness, a helpful wind from the port quarter aided the fleets progress over the undulating swells of the rolling countryside. The assistance was short lived as we turned west towards Nunnington and Stonegrave. Despite the battering from the winds and a broadside passing every gap in the protective hedge, the pace remained high, led in turns by Supernumerary Steve, Chief Cook Stephen, Chief Stoker Mark and Training Officer Dave.

Approaching Ampleforth college, the fleet came across some unexpected turbulence forcing Captain Pugwash to hit the rocks over the Holbeck stream, followed quickly by Rear Admiral Heather…… well what’s a girl to do when there’s a fellow prostrate in front of her!! Possibly some slight dampness on the corner led to the two vessels grounding. On inspection of the two hulls, the Captain was found to be leaking in several places requiring some patchwork from nurse Gladys before being declared seaworthy once again. Rear Admiral managed to get away with scrapes and heavy bruising which would need repairs in a nice hot bath.

Underway again through Ampleforth, some more gingerly than others, our route took us south towards Yearsley where we turned southwest leading the fleet to a fast downhill on Milking Hill. A few more roller-coasters and we arrived in Crayke and our refuelling stop at The Dutch House. Bacon & egg sandwiches were the most popular choice amongst the fleet, though nearly didn’t get served until the Admiral sheepishly rebirthed his vessel which he’d mistakenly moored to one of the sculptures.

All too soon, we were back out in full sail with the promise of tail winds all the way back to base camp. The fleet passed through Brandsby and Marton then on to Sherriff Hutton before turning back into the wind up to Stearsby.  In case we’d not had enough climbing, we headed up Snargate Hill, a short sharp ramp but fortunately with a helping wind. After cresting the “wave” Training Officer Dave came under attack from the wicked wasp from the west which managed to latch onto the roof of his mouth. The resulting pain and numbness made him feel like he’d had a visit to the dentist.

After a final few roller-coaster hills we arrived back in Hovingham and an end to quite an eventful voyage, fully enjoyed by everyone despite the few set backs. The two Steve’s and Mark headed directly home while the remainder lingered around Worsley Arms to partake of further refreshment. Strictly for medical purposes of course. 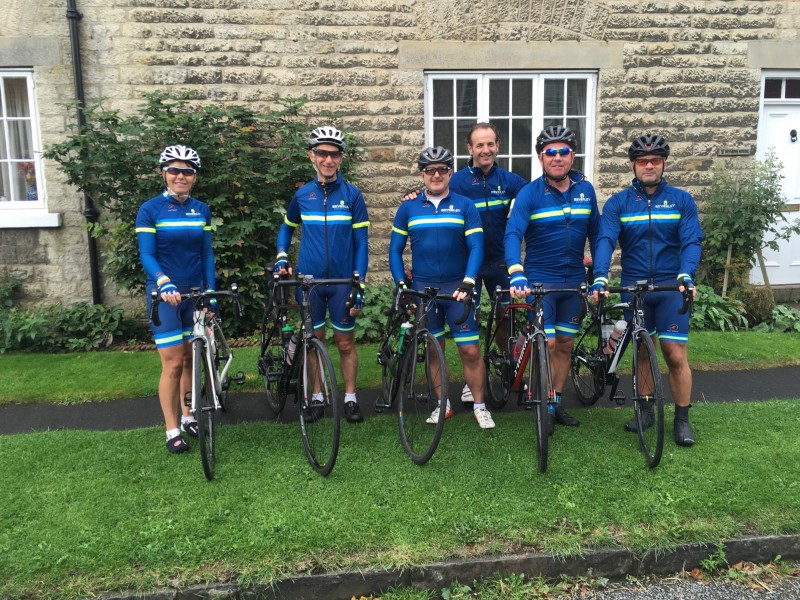 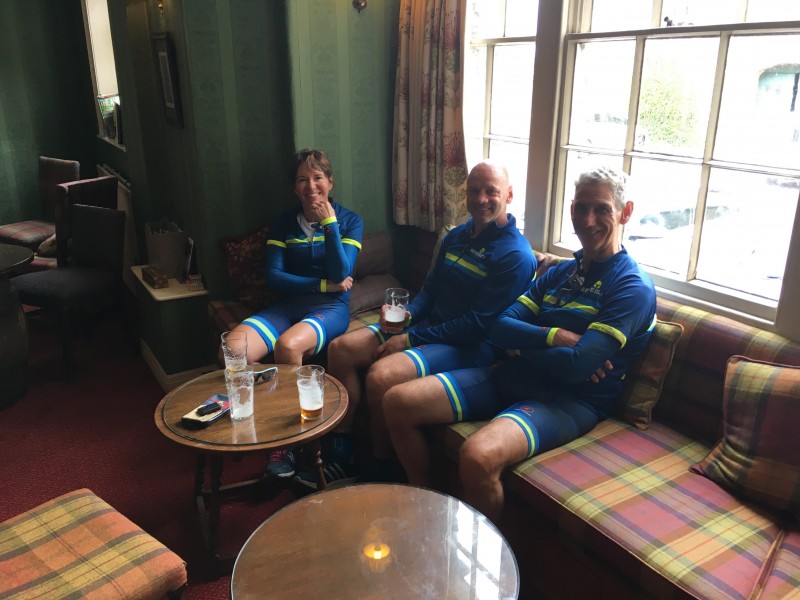