It was a dull start to the day, unlike Raymond’s proposed route to TJ’s . There was the usual gathering of Dad’s Army characters plus a few others who’d managed to blag time off from work.  Seven Knights set off from Market Cross meeting up with Neil, Heather & Lesley at Manor House. Greetings in French peppered the air as the Admiral practiced his language skills ahead of a forthcoming trip chez Powers. Only thing missing was the beret and onions hanging off the handlebars (and the sunshine).

The gallant knights and damsels set off through Cherry Burton and Etton and on the Spring road towards Market Weighton. There was a brief stop at the top of Red lane to regroup and recover. For some it was a chance to slip off into the undergrowth in search of another form of relief while the rest of the group set off on the sweep down to the Goodmanham road and onto Londesborough where it was time for the first climb of the day of Intake hill up to the Burnby junction. After a lot of huffing and puffing we all made it safely to the top. 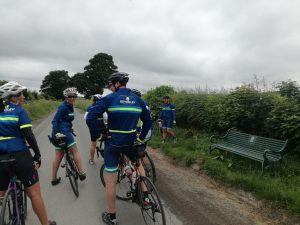 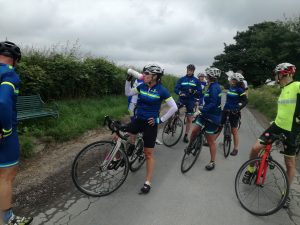 Time for a breather

Dave W was spotted standing behind a signboard looking like he was ready to deliver the sermon on the mount. Luckily for us he was only checking out the displayed info. Just in case he changed his mind, we set off at a gallop down to Burnby.

A nice flat run along to Nunburnholme was enough to get the legs ready for our next climb up Back lane. At the bottom, a sign said it was 10%, however at the top there was a sign saying it was a 12% for the descent. However steep it was, it came as a bit of a surprise to Raymond, who in the words of Monty Python and the Spanish Inquisition said “I wasn’t expecting that”. On reaching Warter, there was a brief respite from the climbing until reaching Mill lane before the long slog up to Huggate. 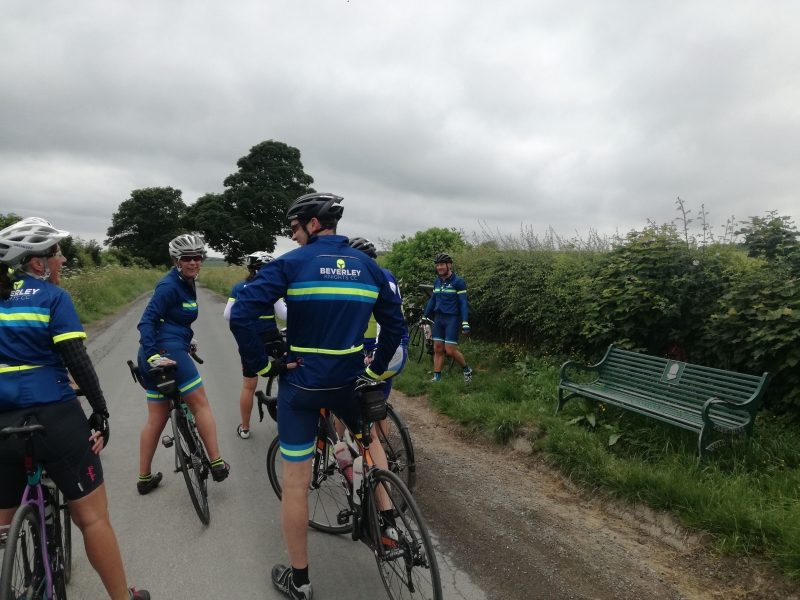 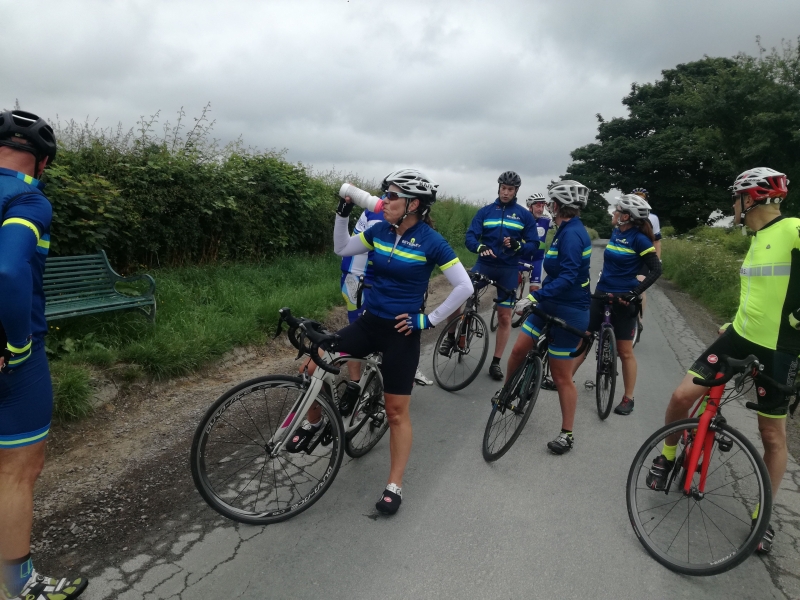 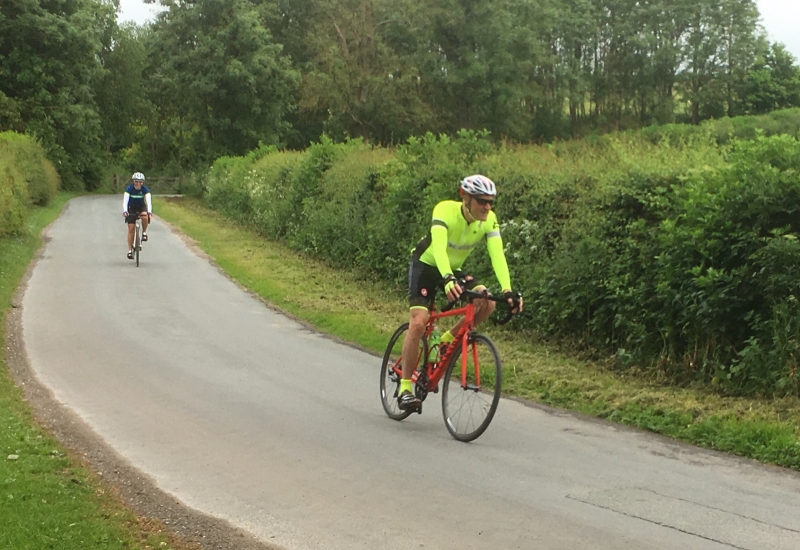 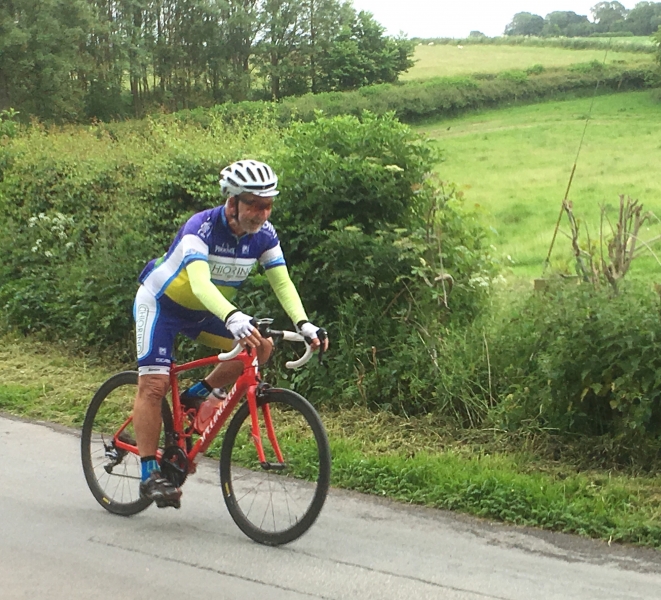 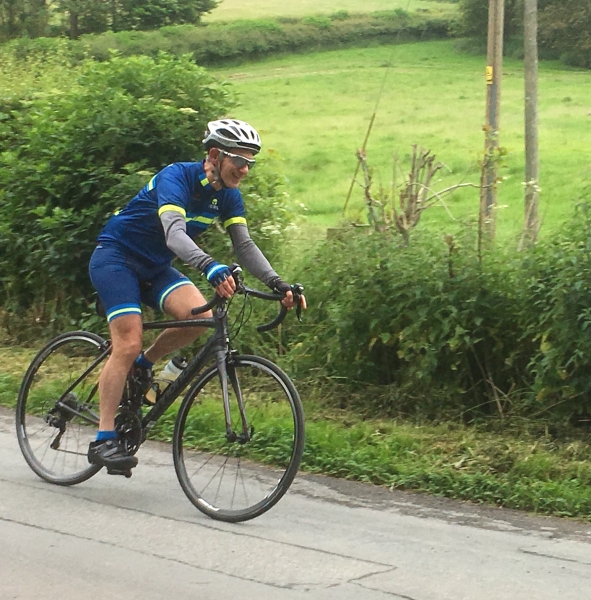 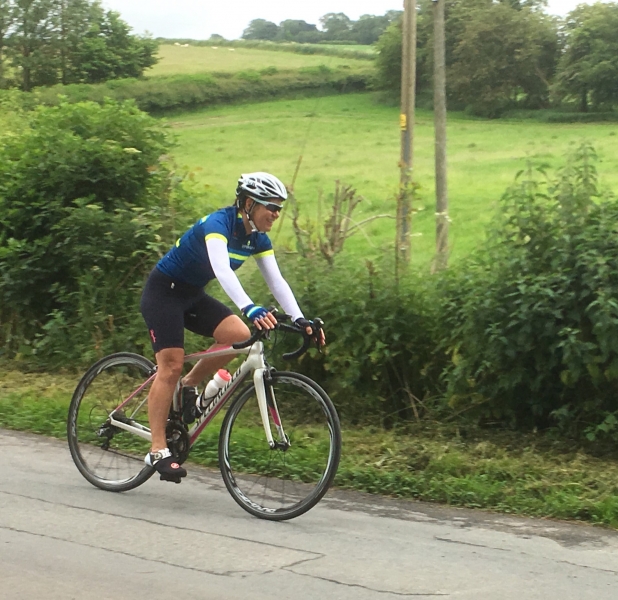 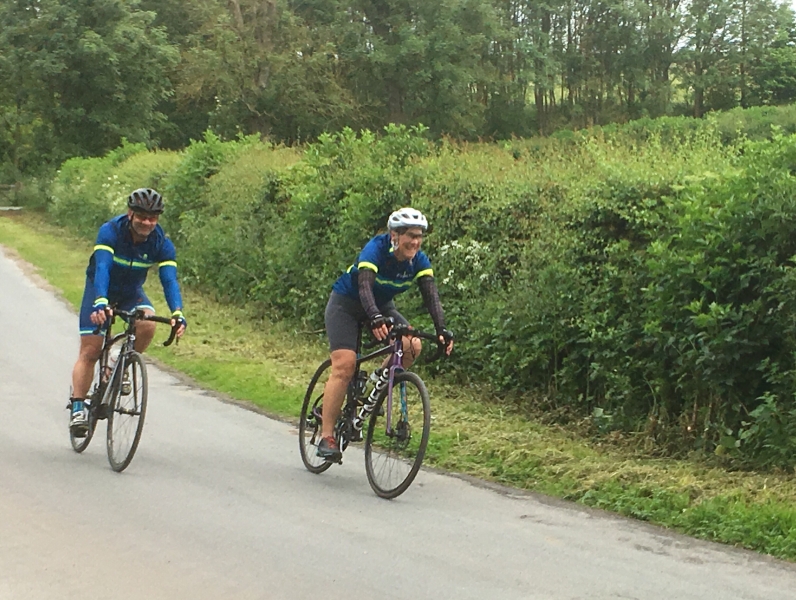 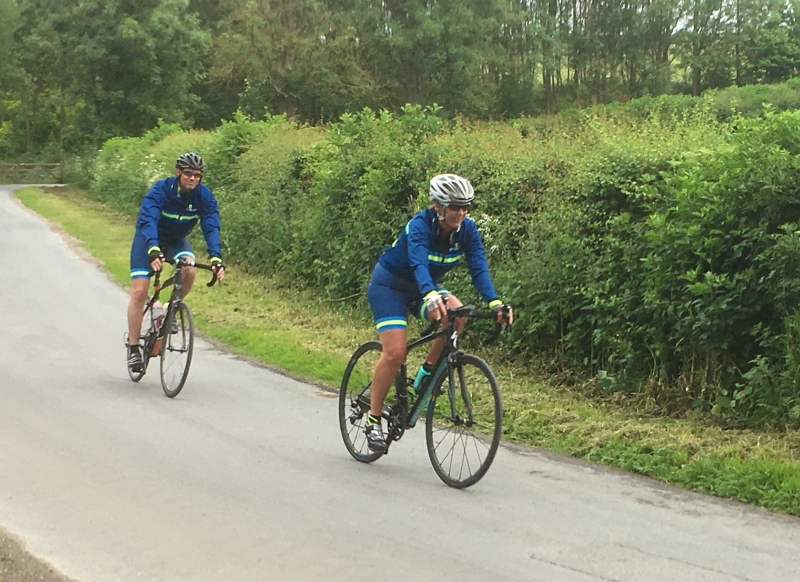 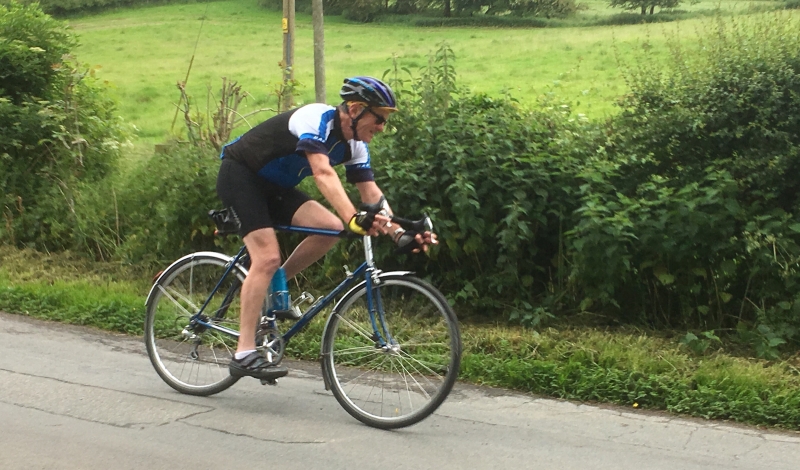 Once we were all together again, it was time to phone ahead with our lunch order. Setting out from Huggate to Tibthorpe, Corporal Jones took the lead. Maybe it was the smell of the bacon cooking or the thought that they might run out of scones before getting there or just that he likes to be first in the queue. At one point an impromptu chain gang formed to chase him down reaching speeds of 35mph. The last stage of the journey from Tibthorpe through Southburn and Hutton Cranswick was a less hectic affair except for the rush to the loos on arrival at TJs.

Our return journey along Bracken road was uneventful until passing along Mere Lane where a loud bang made us all jump. It was quickly followed by another, leading to some hilarity in the group about “darn rabbits” and cries of “ouch he got me”! Passing the duck pond, the resident goslings are getting bigger but still occupying the edge of the road.

Another wonderful ride with enough climbing for any mountain goats and lovely downward sweeps as a reward.